College of the Canyons student published in magazine

While some students were able to continue thriving during the pandemic, most others were stuck at home alone and dwelling on their own thoughts.

At noon on May 5, College of the Canyons student Adamari Amezquita received emailed proof that she was both dwelling AND thriving.  All that introspection paid off when she was notified that her poetry was gaining recognition.

Out of hundreds of submissions, Amezquita was chosen not just once, but twice to debut her hardship-inspired work in the magazine entitled Cul-De-Sac.

Instead of numbing herself while watching her family’s struggles, she chose to create art out of her pain. She used her personal life to create poetry that would hopefully make an impact.

Her first piece, “Say Cheese,” was inspired by a difficult experience during her graduation picture session when she was graduating from Granada Hills Charter High School in 2020.

“I wanted to showcase the struggles that teenagers go through to fit in with society by looking a certain way,” Amezquita explained. “It was heavily inspired by how I struggled a lot with accepting my body and how I was so angry when taking a picture that I didn’t see myself as ’beautiful’ in society’s eyes.”

Her second piece was entitled, “When Demons Play.” This poem about child abuse showcased how children feel when the person they trust most in this world, their mother, turns out to be the main cause of their pain. The person they thought they could rely on is actually the one gaslighting them and ultimately destroying them.

“I was inspired by my own life and what I have been through growing up,” Amezquita said. “By having an alcoholic mother, I think that sometimes people don’t think that a child is impacted when they are, and it’s not just the addict that is suffering.”

A non-profit magazine composed of imaginative pieces, Cul-De-Sac is a literary and art magazine for students by students.

“In a world of diminishing artistic appreciation, Cul-De-Sac, the literary journal produced by COC, is a chance for artists to showcase and share their creative works,” Cul-De-Sac magazine stated.

Cover to cover, the magazine is created by students during the spring semester.

“Cul-De-Sac prides itself on welcoming a diverse range of styles and voices,” Cul-De-Sac said.

The magazine is showcased at an end-of-year release party in front of students, staff, faculty and community members. This year’s party will be held virtually.

The process to submit is simple: all Amezquita had to do was look for the Cul-De-Sac page on the COC website and from there, upload her submissions. All they required of her was an email address and her student ID so that they could notify her if chosen for a spot in the publication.

The magazine allowed contestants to submit up to 10 pieces of original work in the art category of their choice.

Amezquita submitted five poems and two pieces of photography. The entire process was anonymous, so no bias played a part in the selection. Amezquita had to remove her name and any indication of her demographic. 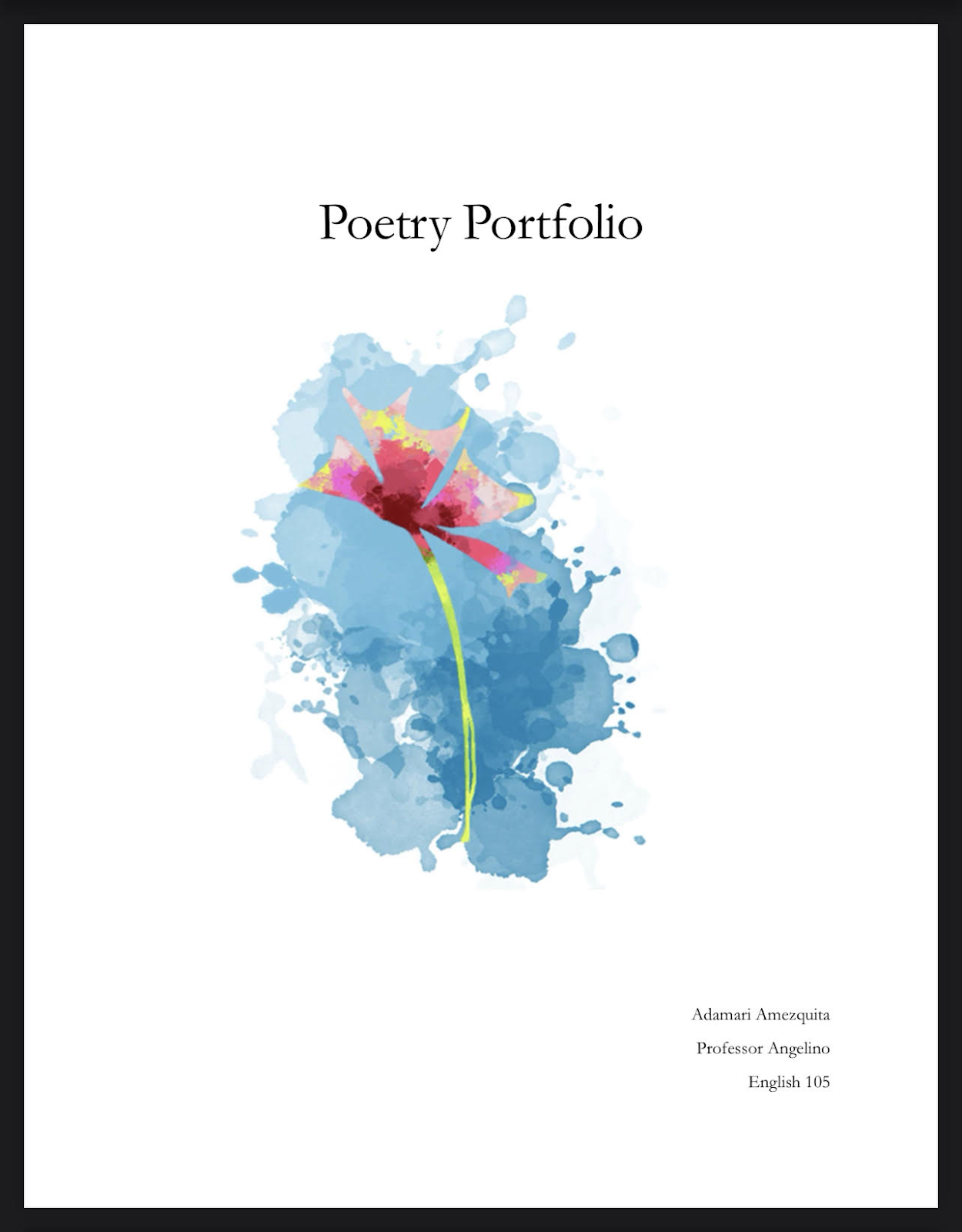 Amezquita’s main goal with her poetry is to bring awareness to child abuse, and to make clear that sometimes abuse isn’t physical, but mental.

Now that Amezquita was able to get her work published, her stories will be available to read on May 28, and she hopes to create many more pieces that will inspire people to speak out and maybe even begin the healing process.